Durham, and the surrounding towns in Durham County, have loads of roofing companies that serve the area. Not only are there several companies located in Durham, but there are also those from other parts of the Triangle that claim to work in Durham.

Sometimes it can be difficult for homeowners to know who is worth giving their time to, and who they should pick to work on their home. In an effort to help homeowners learn as much as they can about their own roofing process, we’ve been trying to put together lists about the best roofing companies in the Triangle.

Today, we’re going to be talking about:

Before we jump into the list, a quick disclaimer: none of the companies on this list are ranked in any particular order, so just because one was listed first, or last, doesn’t mean that we would recommend it over another company on the list. Also, we haven’t worked with any of the companies listed here, so we aren’t speaking from personal experience. The information gathered here comes from their websites, customer reviews, and industry knowledge.

Also, you may be wondering why we, a roofing company that does lots of work in Durham, is writing about our competition in the area. Well, our mission is to become a source of roofing information for homeowners in the Triangle area, and that by sharing our knowledge and experience with you, you'll feel like you know us long before you need to reach out to us for a roofing project.

A big part of the roofing industry is of course, the companies, so we're going to talk about them! Companies can pay to be ranked highly on some of the more popular national rankings sites, so we took it upon ourselves to make lists of local roofers that you can trust are accurate and unbiased.

Alright, with that being said, let’s get started!

Cole Roofing has been around in Durham since 1973, and with offices in Raleigh and Durham, they are able to serve the entirety of the Triangle. The company has remained family owned throughout its history, and provides free estimates for their roof repairs and replacements, alongside their other home construction services.

Some of those include, homebuilding, deck construction, and window replacement. Cole Roofing primarily does single home residential work, but they have completed work on the commercial projects like the Governor’s Mansion and Museum of History in Raleigh. 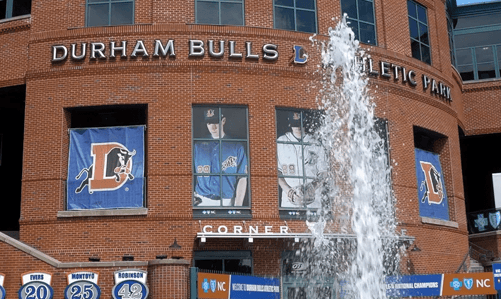 Pickard roofing is the longest lasting roofing company in Durham, dating all the way back to 1928. The company has been owned by the same family for three generations, and today they hold CertainTeed’s ShingleMaster certification. The majority of the work they do comes from roof repairs, roof replacements, and gutter installations. With the company having such deep roots in the Durham market, you can be sure that they’ll do their best to ensure you have nothing but good things to say about them.

Feazel, since being introduced to the Triangle in the last decade, has become one of the largest roofing contractors operating in the market. They offer roof replacements, roof repairs, window replacements, and other home exterior services to their customers. Feazel initially opened an office in Cary, but moved their location to Durham in 2022. Feazel prefers to install GAF products, and holds the GAF Master Elite Contractor status, GAF’s highest level of residential roof replacement certification. Feazel is a part of the GAF Certified Green Roofer program, and has begun to install GAF’s solar shingles, which are the latest innovation in solar roofing technology. Recovery Roofing & Restoration is locally owned, and is very highly thought of on Google and with the Better Business Bureau, holding a 4.4-star, and A+ ratings respectively. The company specializes in storm damage roof repair and roof replacements, but also works on other home restoration projects.

As a result of focusing on storm damage repair, they have plenty of experience working with insurance adjusters, and will do their best to make sure that you get the fix you need. They hold CertainTeed’s SELECT ShingleMaster, and GAF’s Master Elite Contractor statuses, meaning they have the backing of two of the largest shingle manufacturers in North America, and can offer better warranties as a result.

The Aluminum Company of North Carolina The Aluminum Company of North Carolina got its start selling aluminum siding in 1961, but they’ve been working on roofs for awhile too, since 1986. Nowadays they tackle all kinds of home improvement projects, including working on windows, siding, doors, and gutters. For their roof replacements, The Aluminum Company primarily installs Owens Corning and CertainTeed products for their asphalt roof replacements.

Now that we’ve discussed some other companies serving the area, what can Durham homeowners do to sift through the contractors, and find one that fits their situation the best?

Asking those around you should be one of the first steps to take before starting any new project, but especially one as important (and potentially costly) as a roof repair or replacement.

Local roofers are well-known for their personalized and friendly approach. If the company you’re considering is local, you can easily check them out. It’s likely they’ve worked on the roof of your family, friends, neighbors, or coworkers, so consult with them to verify a roofer’s reputation.

Your mother-in-law might have a story about a time when a contractor went above and beyond to repair a leak in her skylight, and then used the same company years later to do an entire replacement. Or, a colleague could tell a tragedy about a particularly pushy salesman, and a company that hired subpar subcontractors to complete the work, leading to a shoddy roof and unfulfilled promises.

Customer testimonies are some of the best ways to verify someone’s work, so if you know people who have gone through projects similar to the one you are facing, be sure to ask them before making a decision of your own.

After gathering some recommendations from your close-contacts, go online to see what other customer’s opinions are. Online reviews can do a great job of raising any potential red flags on a business, such as how they dealt with a complaint. It’s a good idea to look at reviews from the last 3-4 months, so you can get an idea of how customers have been treated in recent memory.

Pro tip: Check to see if the business responds to the reviews, and how they do it. A company that thanks its customers for good ratings, and addresses negative reviews with a positive attitude, is likely one you’ll want to work with.

You should, however, take online reviews with a grain of salt – as with anything on the internet, they can sometimes be over-exaggerated or slightly untrue.

LOOK FOR EXAMPLES OF THEIR WORK IN THE COMMUNITY

You can use this tip in two separate, but equally helpful ways.

Look for a company’s yard signs to see how a home looks after they’ve completed the job. Or find some houses you recognize on their website, and drive by to see how their work has held up over the years.

Browse the business’ social media channels, and look for how involved they are in your community. If a company is truly local, and are just as invested in your area as you are, they will show their support for local causes and show up at community events.

Viewing a contractor’s work in person will give you a much better idea of how it would translate to your home, and a company’s social work will demonstrate how dedicated they are to benefiting your shared community, and not just making a profit.

READY TO REACH OUT TO A DURHAM ROOFING COMPANY?

Hopefully after reading this blog you’re feeling better about reaching out to a roofing contractor in Durham!

As we mentioned earlier, we are a local roofing company that serves the Durham area. You may have noticed that we didn't include ourselves on this list, but that's not because we don't think we're one of the top roofing companies in Durham.

We're confident in our work, and experience, but we understand that we aren't going to be the best fit for everyone, so we want to make sure that homeowners that don't choose us will be going for a quality company that won't take advantage of them, and help them through the process.

On Tops Roofing has been replacing and repairing roofs all over Durham County for over 30 years, so whatever your roofing project will end up requiring, we’ve got the experience for the job!